The team of IN THE SAME SEA works collaboratively with five research themes. Exploring these themes, allow us to answer questions about the movement of people, goods, and ideas, in short resources, between the islands of the Lesser Antilles. 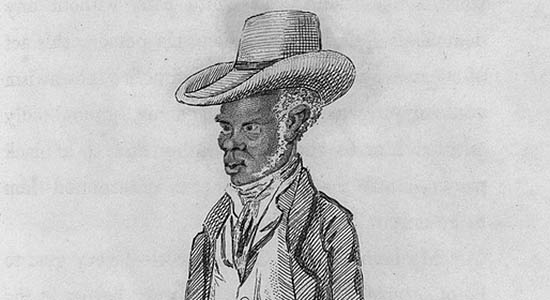 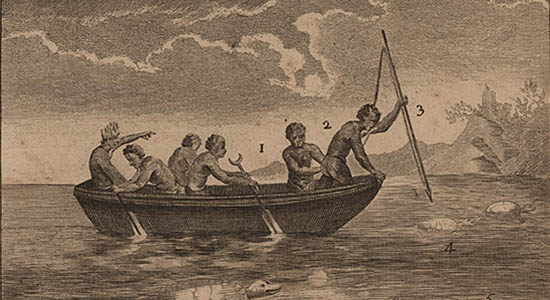 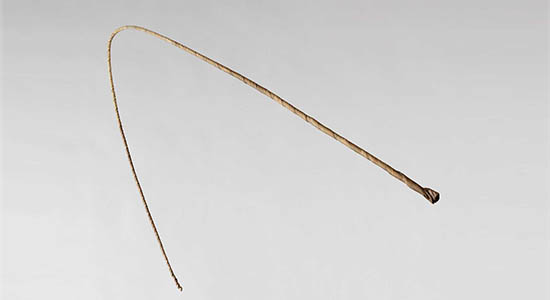 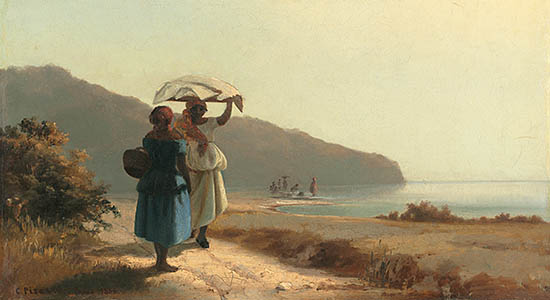 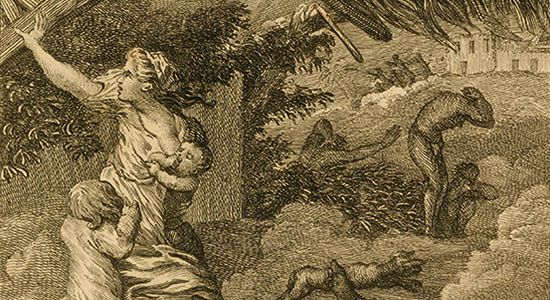 Resources gained from neighboring islands included fresh food and fresh water, new ideas and rumors, rapid aid in the face of rebellion or natural disaster, access to the embodied expertise of ritual healers, medical caretakers, and rebellious leaders, knowledge of easily adaptable legal and managerial practices designed to maintain slavery, and, naturally, the reliable support of family members, friends, and resistant collaborators living nearby, across the sea.

The story of trade in the Lesser Antilles has predominantly focused on long-distance commerce, its diverse imperial frameworks, and the contraband trade which existed irrespective of these structures. In contrast, IN THE SAME SEA focuses on trade between the islands, and islanders’ consumption of island goods.

Taking its cue from the ex-slave Olaudah Equiano’s famous and successful attempts to obtain his freedom, which began with petty commerce in limes and oranges in the Lesser Antilles, we begin with the assumption that dry goods and luxury imports alone could not satisfy the needs and desires of islanders.

With this research theme, the team of IN THE SAME SEA zooms in on the mobility afforded to and enforced upon enslaved Africans and African Caribbeans by the small size and close proximity of the islands of the Lesser Antilles. The assumption guiding our investigation is that enslavement in the Lesser Antilles and the politics of its reproduction were fundamentally shaped by island proximity.

Enslaved people were sold in the inter-island slave trade, they were violently uprooted during the recurring wars of the period, and they were banished from particular island due to alleged offences against the numerous laws that criminalized their activities. Likewise, slave uprisings and conspiracies increased the flow people between the islands and with them, rumors and knowledge about rebellious developments. And nearby islands were also locations of temporary respite and/or freedom for enslaved people caught in the crushing regime of plantation labor.

This research theme focuses on the continuous re-invention of slavery in the Lesser Antilles. We begin with the assumption that the Lesser Antillean regime of slavery was maintained by island elites who drew on the administrative and managerial knowledge gleaned from other islands.

The team of IN THE SAME SEA traces the ways by which colonial administrators, elite planters, and merchants compared island conditions and competed to obtain the most efficient means of reproducing slavery. We examine how island elites gained knowledge of measures designed to control the enslaved population – such as urban design, prison construction, plantation layouts, and legal and punitive procedures – by looking towards those implemented on other islands and how they used this knowledge in their own efforts to maintain and reform slavery.

The assumption directing our work is that the formation of inter-island familial ties proved vital to these efforts. Such ties allowed some families to spread their assets between islands, thus minimizing risks, while providing others, notably free people of color, with breathing space when conditions became insufferable or dangerous in their local islands.

In the Lesser Antilles, imperial wars caused the swift change of political masters, racial slavery generated practices of opposition and resistance, the intensiveness of sugar production created high mortality rates and turned individual islands into unsustainable places. Droughts, for example, were a recurrent phenomenon in the islands in the period under scrutiny, but they were not, strictly speaking, caused by ecological factors. Rather, plantation agriculture and/or high population levels on small, dry islands created water scarcity.

Relying on the results generated within the research clusters outlined above, the team of IN THE SAME SEA examines how island existence – the challenges of living with hurricanes, high mortality, enslavement, rebellion, racism, cash crop production, and slave trade, among others – shaped sensorial repertoires, provoked emotional responses, and influenced ideational practices among the diverse peoples of the Lesser Antilles.